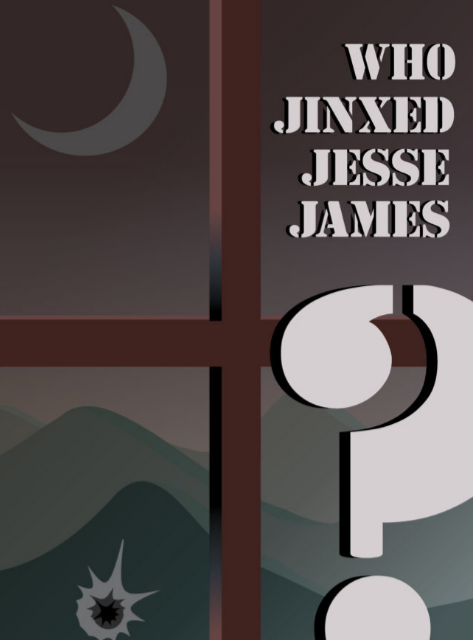 ‘Who Jinxed Jesse James?’ marks the fourth entry in the escapades of Charlie Brock, a freelance sports writer and amateur sleuth who often, quite unintentionally, finds himself embroiled in a mystery, be it missing footballers, kidnapped boxers, or the discovery of a dead body on the largely crime-free Isle of Cumbrae.

The series – penned by former sports editor, Alex Gordon – offers a unique concoction of pub banter, crime, and humorous insight into the world of Scottish journalism. Packed as it is with loveable eccentric characters swapping quips – usually over another round – it is very much a series to savour: enjoy, take your time, and trust that Brock will figure things out.

These books aren’t formulaic supermarket thrillers to be whipped through in an hour and a half; they have their own flavour, their own tone, and their own way of doing things. By the time you come to read ‘Who Jinxed Jesse James?’, opening that new, crisp front cover will be like greeting a group of old friends – in fact, it’ll feel like that even if you start there and work backwards…

Join us at the Official Launch of ‘Who Jinxed Jesse James?’ on Thursday 5th December from 7pm at the Iron Horse Bar, 115 West Nile Street, Glasgow. More information about the launch event is available here.

By Kevin McGowan, Editor of ‘Who Jinxed Jesse James?’