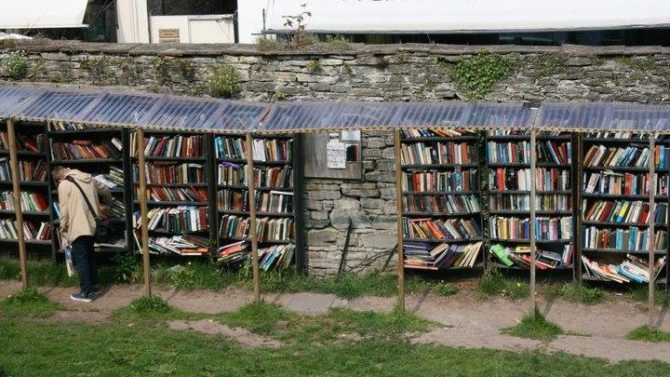 Book towns are becoming quite famous these days, allowing literature to be viewed as a main touristic attraction instead of an object brought only on holidays. We can find booktowns in many countries all over the world, but did you know that it all started here in the United Kingdom?

In 1961, Richard Booth started to put second hand books in every empty space he could find in his Welsh town Hay-on-Wye. Needless to say, the idea caught on and he was soon joined by many other booksellers. And that’s how Wales grew to have the first ever booktown.

As booklovers ourselves, we can easily imagine how the word spread about this heavenly place and how other towns followed in its footsteps… 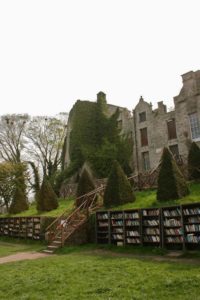 As this phenomenon was becoming mainstream, they decided to join forces and in 1998 they organized an International Book Towns Festival that is still held every two years in one chosen booktown. You may call it the Olympic Book Lovers Gathering. The last festival was held in Switzerland in 2016 and a conference was organized in Australia in 2018, so you might want to keep your eyes and ears open for the next reunion in 2020!

Book towns are now a major feature in every guide book. And we really recommend you not to miss them. In fact, keep up with us for the next two weeks if you want to learn more information about some of our favourite book towns in Europe.