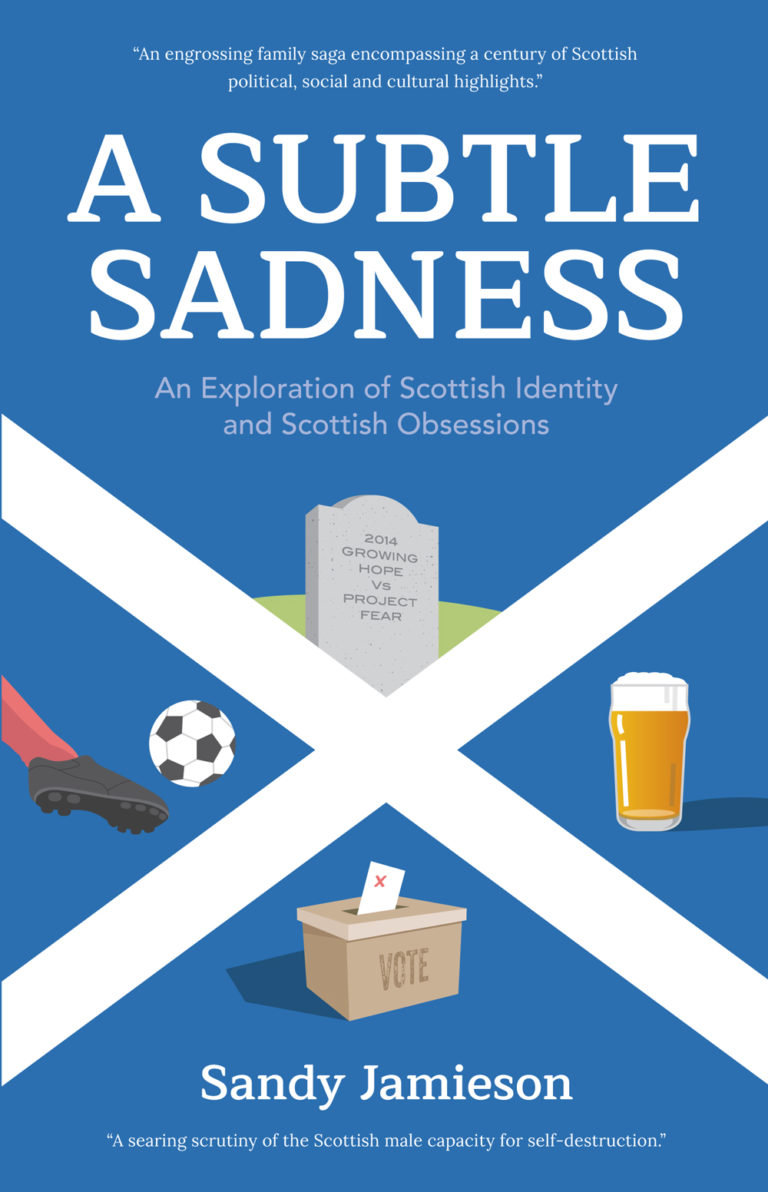 A Subtle Sadness is an examination of 100 years of Scottish political (and social and cultural) history as seen through its effects on the Protestant Hunter and Catholic Coyle families, from the 1890s to 1990, culminating in the activities of Frank Hunter. He has considerable talents both political and football  but also has a capacity for self-destruction massive even by the high standards of West of Scotland males. A Subtle Sadness is also a rigorous review of a century of the Scottish fight for home rule and independence  as seen through the eyes of Mary Ewing, a doughty fighter all her life. It outlines her six key rules of Scottish politics including why independence is inevitable.  This second edition will be published in 2020 and is available for pre-order.