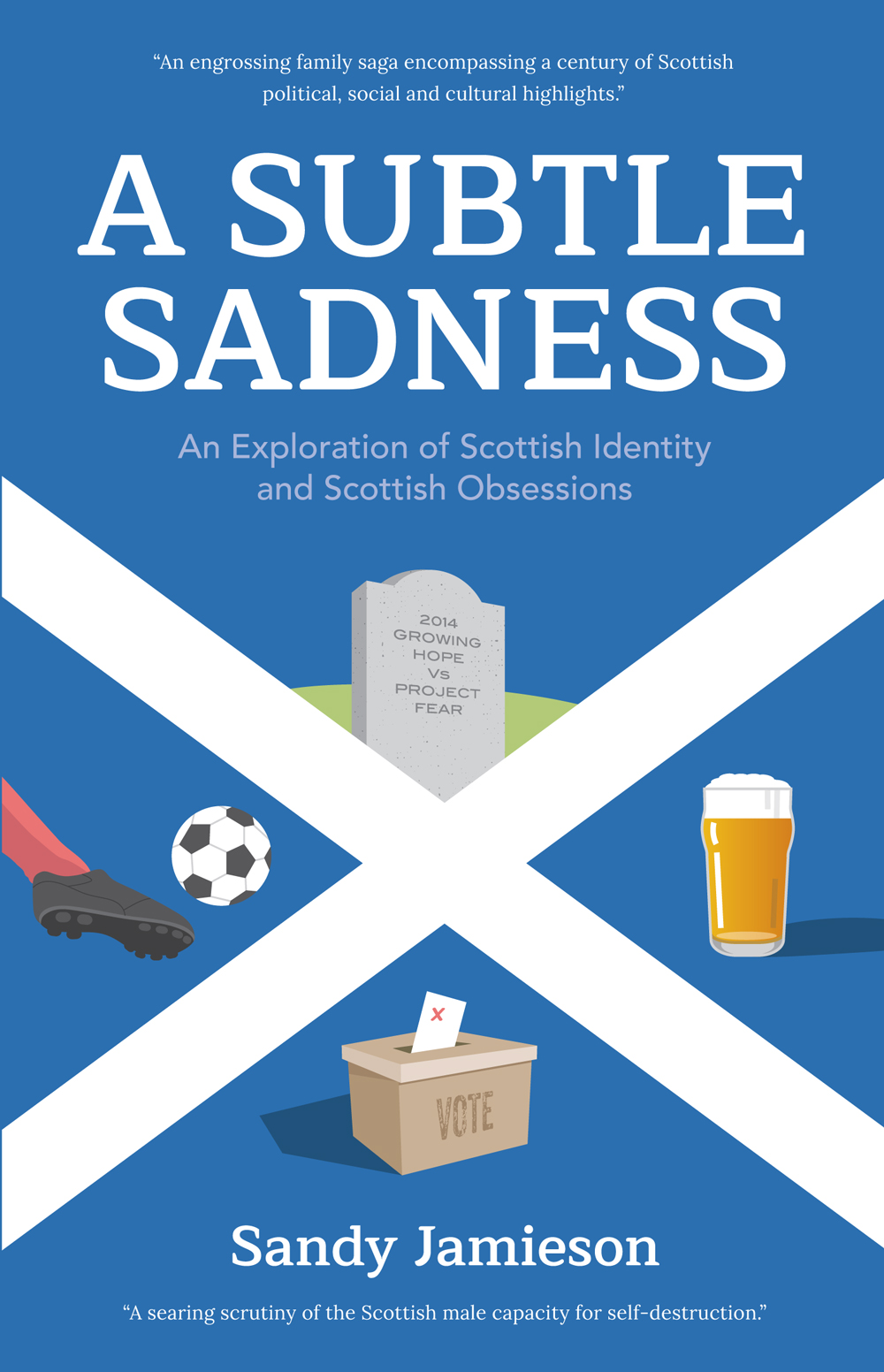 A Subtle Sadness is an examination of 100 years of Scottish political (and social and cultural) history as seen through its effects on the Protestant Hunter and Catholic Coyle families, from the 1890s to 1990, culminating in the activities of Frank Hunter. He has considerable talents both political and football  but also has a capacity for self-destruction massive even by the high standards of West of Scotland males. A Subtle Sadness is also a rigorous review of a century of the Scottish fight for home rule and independence  as seen through the eyes of Mary Ewing, a doughty fighter all her life. It outlines her six key rules of Scottish politics including why independence is inevitable.

A Subtle Sadness is a rigorous exploration of Scottish Identity and the impact on it of the key Scottish obsessions of politics, football, religion, sex and alcohol. It deserves to be read by everyone seeking to understand the Scottish character.

A Subtle Sadness focuses on the family and personal history of Frank Hunter, a sad Scotsman with a self-destruct streak enormous even by normal West of Scotland male standards. Frank Hunter is a product of Scotland’s unique contribution to mixed marriage, with a Protestant father and Catholic mother. A man of considerable talents, in both football and politics, he brings a peculiarly Scottish approach to the application of those talents.

A Subtle Sadness is the story of a 100 year fight for Scottish Home Rule, from 1890 to 1990, as told by Mary Ewing, a wise but bitter old woman, his guide to his Protestant roots and his political inheritance.

A Subtle Sadness is also the story of the emotional and political impact of Scotland’s quest for the World Cup, with 5 consecutive qualifications in the crucial years from 1973 to 1989 covered by the book.

A Subtle Sadness covers a century of Scottish social, political and football highlights, with disasters and triumphs aplenty, culminating in Glasgow’s emergence in 1990 as European City of Culture. Among the events covered are Gorbals byelections of 1908, 1948, 1969 and 1982; the Scottish Convention of 1948; the 1979 Devolution Referendum victory defeat debacle, and the impact of Thatcherism on Scotland’s industrial base.

It embraces the Gorbals Monster Hunt; the desegregation of Glasgow University Union; service in the Tartan Army and the death in action of Jock Stein; the doomed fight for Scotland’s industrial inheritance; and love, marriage and relationships in modern Scotland.

A Subtle Sadness is also a reflection on sadness, depression and mental health as affected by that Scottish identity and those key obsessions. And a searing scrutiny of the Scottish male capacity for self-destruction.

Order now using the Paypal facility below, or click here to head to our Amazon page where the e-book is available.

The re-release of A Subtle Sadness will be towards the end of May. Pre-order now and we will post your copy to you as soon as it’s published.