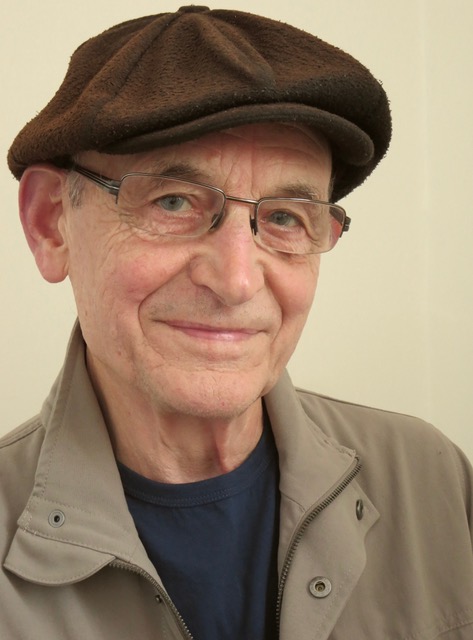 We were lucky enough to chat with Frank Woods, author of ‘Where the Bridge Lies’. We got to pick his brain with regards to his writing and research process and his upcoming author event in Dundee.

What was your motivation for writing ‘Where the Bridge Lies’?

The novel started life as a straightforward thriller then simmered for years in my novelistic slow cooker whilst various amounts of apparently disparate ingredients were added.

It finally emerged as a book that one reviewer found to be: ‘Written as two parallel stories, it has at its core a search for truth, a struggle to lay the past to rest and a reconciliation, of sorts, across generations’.  (Gillian Lord, The Courier 23/03/19)

My motivations changed as the book evolved, but what always drove me on was determination to complete a novel and have it published.

Your novel contains these two overlapping narratives, set 40 years apart. How do you establish a distinct sense of place and time in your writing?

Place and time are established primarily through characters and then by the settings in which we meet them. For example:

Chapter One opens with one protagonist Keir Connor on a derelict pier. He has a folder full of documents about the Clydebank Blitz and he is struggling with PTSD as a result of his experiences in the Vietnam War;

Chap 2 opens with the second protagonist, Nessa Glover, having tea with her local priest after finishing her stint as a volunteer church cleaner. The howl of an air-raid siren signals the onset of the Clydebank Blitz.

And, when needed, I give dates at the start of chapters that flashback to the 1940s.

You clearly enjoy researching different historical, geographical and cultural settings. What’s your research process? What types of historical material do you find most useful and interesting for informing your literary work?

First of all, there’s no substitute for drawing on your own knowledge and experience. Chapter Eleven opens with Nessa Glover learning to weld. I can weld at a hobby level, so I know first-hand about the equipment, the skills, the smells, the sounds, the physical sensations. Hopefully, that knowledge brings the writing alive in a way that research alone can’t, because good writing involves all the senses, not just the facts.

Of course, research is invaluable, and I love doing it. Google has changed the world and, without leaving my desk, I can accrue files that contain maps, video clips, voice recordings, music, photographs, food recipes, sound effects, history, politics just about everything except smells, and they’re probably not too far away once a total virtual reality kit sits on the writing desk alongside the laptop….

The Clydeside setting of the book is familiar to you, having grown up in a shipyard village yourself. How did you draw upon your experiences as inspiration for fiction?

My father was a shipyard worker and an active trade unionist, my mother was a totally committed family and church woman. I grew up steeped in both these cultures.

However, I should stress that I haven’t written some form of disguised biography. It’s a made-up story, inhabited by characters who are creations of imagination.

In real life, my father didn’t run off to Australia with his wife and an infant boy; my mother didn’t lose her family in the Blitz and become a politically aware shipyard welder…

Arguably the earliest and most well-known case of female trade-union activism is the Ford sewing machinists strike of 1968 (the inspiration for the film Made in Dagenham). What inspired you to create this female activist hero working nearly three decades prior?

Nessa grew with the book, party because I gave a very early draft to my dear writing friend Rhoda who said: ‘I think you’re on to something. But I must know more about Nessa Glover.’

I realised immediately that she was right. Alas, that was the death knell for all of Nessa’s family and the point from which she began the painful transition into the determined, aware person she becomes.

We know that Nessa Glover is completely fictitious. However, you’ve since been alerted to a Dundonian ship-yard welder and political activist, Bella Keyzer. How did you feel when you learnt about her existence? Can you tell us more about the parallels between their stories?

I moved fairly recently to the Dundee area and was intrigued when, at a book launch, someone asked if I knew about Bella. I’ve done some research since then and recently found a picture of Bella in a Dundee shipyard wearing her welding gear. It was a curious sensation to look at a true-life version of someone I had only previously seen in my imagination.

I’ll talk more about the the parallels between the two women, and about the process of fiction writing, at the author event at Dundee Library.

Tickets are free and can be reserved here.