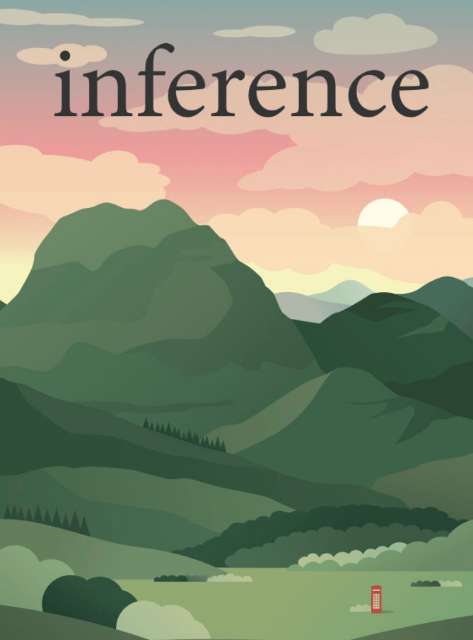 Earlier this month, we caught up with Stephanie McDonald, author of psychological thriller, ‘Inference’, and had the opportunity to chat all about writing style, research process, and most importantly her recent nomination for the People’s Book Prize!

Firstly, a huge congratulations for your nomination! Is there anything you’d like to share with the readers who have voted so far for ‘Inference’ to win the Fiction prize?

I’d like to thank everyone who has taken the time to vote for Inference – it’s such a wonderful surprise to be nominated and very exciting!

‘Inference’ is your second novel. How did you find the approach and process of writing this novel compared to your debut?

I found the process of writing Inference a lot more difficult than the first novel as there was a need to keep an element of suspense and intrigue whilst trying to keep the reader hooked to read further. Another key difference was that many (if not all) of the locations described in my debut were ones I was familiar with, whereas the notion of the remote, almost deserted island and its infrastructure came entirely from my imagination.

The setting of Glasgow features heavily in ‘Inference’; a place you know very well! To what extent have your personal experiences influenced your writing?

There is always a part of myself in my stories, whether it be in my characters, geographical locations, and even life experiences, either direct or indirect. I think this allows me to bring an authenticity to my writing and hopefully makes people relate to some of the emotions and situations.

Similarly, what is your research process; how do you write about settings, characters, experiences you have less first-hand experience with?

I rely on Google a lot! But in general I also like to ask people around me for insights into areas that they know better than me, and feedback on the realism of my characters and conversations is something that I seek throughout the writing process.

What is it about your main protagonist, Natalie, that you – and your readers – connect with? Is she loosely based on someone in your life?

She is loosely based on myself, in that a lot of my character traits shine through in her: the heavy focus on family, the inherent sarcasm in her interactions, but also the breaking point that she reaches and decides ‘enough is enough’. A lot of my readers who know me personally will tell you it’s impossible to read the book without picturing me!

What attracts you to the thriller/ mystery genre? What, in your opinion, are the core key ingredients to write well within this genre?

I am a problem solver at heart, and I am drawn to stories which lead the reader on a journey whilst forcing them to wonder and conjure up possible outcomes and endings. For me it’s the excitement of picking up the clues and waiting for the twists and turns that make the genre so appealing and I hope that I managed to do it justice with Inference.

‘Inference’ contains some really intense themes, such as isolation, revenge and psychological torment. Your first novel, ‘Learn to let go’ contains similarly intense and emotive themes, including betrayal and trauma. What interests you about these dark themes?

Human behaviour fascinates me probably more so than any other topic and there is such a range of themes that you can explore within various types of relationships and dynamics that I don’t think I will ever run out of ideas for telling those types of stories. I think I’m drawn to the darker themes because they are more interesting to me, and to a certain degree it’s almost a way of trying to make sense of why people do the things they do.

Some people can do dark things and feel nothing, whereas others make a mistake and carry it with them for the rest of their life, as with Leia in learn to let go.

And yet, despite the inclusion of these intense themes, many readers’ comments about ‘Inference’ on the People’s Book Prize listing allude to the escapism of the book; its captivating nature. How do you manage to marry this intensity with a pleasurable read?

I’m so grateful for the feedback from readers as escapism for me as a reader is key, so it’s wonderful to know that I have provided it for others.

I think the style of my writing makes the scenarios immersive, so that even when the theme is perhaps intense or even sinister, the need to know what comes next is what keeps the reader captive. My hope when I write for others is that they are drawn into the world that I’ve created on the page for as long as it takes for them to read my story, and I think inference achieves that by offering intrigue from the beginning.

In a similar vein, your books very much revolve around human connection. What do you like the most, and what do you find the most challenging about representing the complexities of human relationships in fiction?

The thing I love the most is the complexity of it itself. As I alluded to earlier, there are infinite possible actions and reactions that we as humans can make in any given situation, and my stories are simply a snapshot of a point in time and a window into those actions. The most challenging part for me is creating dialogue which is realistic, interesting, and conveys enough of a character’s thoughts and feelings without having to explicitly spell them out in silent, inner monologue. I often think there is room for more dialogue in my stories, but am reminded that another of the human frailties that fascinates me so much is what we don’t say, even when words have the ability to alter the course of a relationship in a very specific way.

Finally, to link back to the People’s Book Prize: can you briefly pitch your novel for new readers?

Inference is a thriller focusing on Natalie Byron, a thirty something woman who went on a date one Thursday night and woke up two days later in a strange bed, in a strange house, on an island she has never even heard of.

Faced with the nightmare of being trapped on a small island with a man who claims she’s lost her mind, Natalie has to try to figure out how she got there, who this man is who claims to be her boyfriend, and whether the life and existence in her memory is nothing more than a fantasy created by an ill mind.

You can vote for ‘Inference’ for the People’s Book Prize in the Fiction Category here. New readers can purchase the novel here.