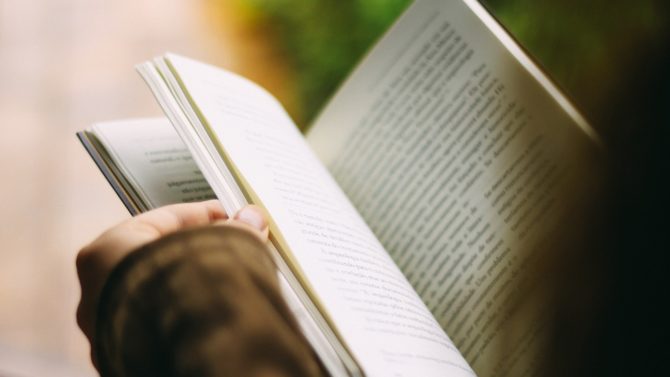 You hardly ever see anyone reading anymore, which is a bit of shame when working for a publisher for whom so much time and energy goes into creating lovingly crafted books. So in a spirit of enquiry I decided to spend a week literally logging in a notebook the number of people I saw out and about reading actual books.

It didn’t begin well. Despite the fact that I work and study at a university, for the first day I didn’t see anyone. I suppose I could have cheated and gone to the library, but seeing some poor second-year slogging her way D.H. Lawrence’s The Rainbow wouldn’t have counted. Seeing, however, someone voluntarily reading The Rainbow on the bus would have had me yelping with excitement and making a big, enthusiastic tick in my notebook.

At lunch on the first day the sun was shining, so I took my meagre newsagent-bought treats to the park. It was still February, and I guess it was too much to expect to see people lying around on the grass absorbed in improving fiction, but it was a mild day and there were a few people about, so I thought maybe the odd person might be sneaking in a few pages. Alas the only thing that happened was that two dogs came and tried to take a bite of my vegetable samosa. When a couple on a bench directly in my eyeline began to say goodbye to each other like a couple in a 1940s melodrama I decided it was time to move on.

On the second day (if this isn’t beginning to sound too biblical) I wrote at home all day, so I suppose I can’t grumble too much about seeing no one. On the odd occasion I looked out of the window at the rest of the world going about its business I wasn’t lucky enough to see anyone wandering down my quiet street buried in a book, and I had to accept another fruitless day.