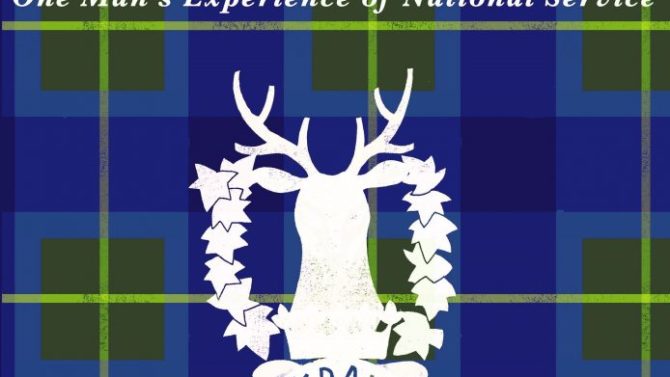 At the outbreak of the Second World War in 1939, the British Army was completely unprepared and as a result defeated in almost every of the first battles. It took about four years until it was prepared for a war of that scale. To prevent a similar failure in future wars, the National Service was introduced in 1947, conscribing every able-bodied man between 18 and 30 years old. After 18 months – with the start of the Korean war in 1950 the service period was increased to 2 years – of service, all of them had to remain on the reserve list for 4 years. Opposed to the wartime bill that conscribed men, the National Service Act obliged the soldiers to serve wherever the government decided, even if there was no direct threat for the United Kingdom. Subsequently, the National Service men served all over the world: in Germany and Japan, but also in Cyprus, Kuwait, Indonesia, Malaya, Sierra Leone, British Guiana and on the Christmas Island. Often leaving their home country for the first time, the service was a formative experience for a lot of the young men, leading to ambiguous emotions about it. The military drills and hierarchy still overshadow the memories of some former national servicemen, while skills learnt and camaraderie experienced in foreign environments during that time are invaluable for others to this day. As there are divided opinions about the National Service itself, its purpose was discussed extensively. Complaints were raised because the conscription drained workers from the economy, and in 1963 the last servicemen left the Armed Forces.

A Gordon for Me by Brian Robertson is a beautifully written account of National Service in the 1950s, offering a rare insight in its light and dark sides, about the adventures he experienced while showing the ruthlessness of war at the same time.

Find it here: A Gordon for Me