Get your hands on this thrilling set of books, written by eminent figures from Glasgow’s public life; a prominent defence lawyer and a reputed prosecutor. 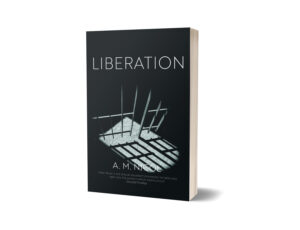 Midnight in Glasgow, 28th of July 1950: a stolen car drives backwards and forwards, backwards and forwards over a prone, broken body. A mother of two is brutally murdered. Away from her body, on the edge of the pavement, two faux-leather shoes sit innocuously, the first clue for police that this is not just a simple traffic accident.

A family man; a religious devotee, honoured member of the mysterious Plymouth Brethren: more than this, P.C. James Robertson was a man of the law. How can he be connected to a case of this nature?

The involvement of a respectable bobby in an unmarried mother’s murder made for one of the most scandalous High Court trials in Glasgow’s history. The brutal murder and unlikely suspect are only the first striking details of this case, however. Robertson’s performance in the witness box and his total disregard for his eventual fate at the gallows baffled his legal advisers and continue to mystify students of the case even today. A.M. Nicol’s incisive novel stays true to the known facts of the case whilst examining how the blind faith of a devout can co-exist with the cold-blooded indifference of a murderer.

‘Allan Nicol is not only an excellent storyteller, he also takes you right into the world in which these real events occurred.’
– Donald Findlay.

Set on the gritty streets of Glasgow in the depths of winter, Inspector Frank Dorsey and his partner DC George Mitchell are called to investigate a dead body they believe to be linked to the Moffats, one of the most notorious crime families in Glasgow. However, as they begin to delve further into the case, it becomes apparent that they have a complex web of connected mysteries and murders to make sense of, involving old and new figures of Glasgow’s criminal underworld. Furthermore, it appears some of the victims had been sent a cryptic anonymous text message days before their death that warns of divine punishment for the criminals of the city.

How does the message relate to the murders, and how are the Moffats involved?  Will Inspector Dorsey be able to crack it before more bodies turn up, or will he be left clutching at straws?

With twists and turns around every corner, experience this heart-pumping tale of Glaswegian gangs and policing by Charles P Sharkey, one of Scotland’s most exciting writers.

“Absolutely gripping and totally authentic, reflecting harsh reality well. I was hooked from the start.”

– Simon McLean, ex-undercover cop and author of The Ten Percent.