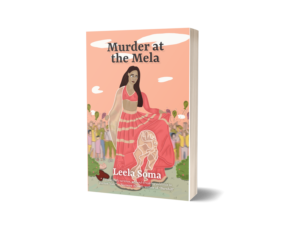 Newly appointed as Glasgow’s first Asian DI, Alok Patel’s first assignment is the investigation of the brutal murder of Nadia, an Asian woman. Her body was discovered in the aftermath of the Mela festival in Kelvingrove Park. During the Mela, a small fight erupted between a BNP group and an Asian gang, but was quickly quelled by police.

When Nadia is accused of having an affair with a local man, even more questions about her death arise. Was her murder a crime of passion, or was it racially motivated? Could it be an honour killing? The deep-rooted tensions within Glasgow’s Asian communities bubble to the surface as DI Patel struggles with his parents, who disapprove of his relationship with his Muslim partner, Usma.

As DI Patel struggles to gain any help from the Asian community, another body is discovered in the West End- the body of a white man. Is this new murder fuelled by revenge? Killed by an Asian gang? As the list of murder suspects grows, DI Patel finds himself grappling with the pressures of his new rank, including the racism of at least one fellow officer.

This novel peels away the layers of Glasgow’s Asian communities, while exploring the complicated relationships between Asian people and the city.

It is also an entertaining crime story in its own right, and adds an exciting new author to the ranks of Tartan Noir, and a fascinating new Detective to the fictional pantheon of Scottish   police investigators.

Murder at The Mela is available NOW!