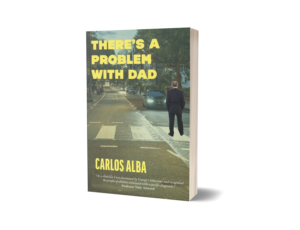 When you don’t see the world like everyone else does, how can you convince it that you’re innocent?

George Lovelace has always done everything by the book – a steady job, wife and children, always there for school plays and sports days, never late for an appointment – so why has he felt perpetually out of step with those around him?

His sharp, analytical mind only got him so far in his career because he couldn’t relate to his workmates. Outside of the office, he never managed to make friends and relations with his wife, Susan, and children, Roz and Melvyn, were strained and unpredictable.

Now a widower in his 70s, he stands alone against a world that feels as alien and incomprehensible as ever – where feelings and intuition always seem more important than cold logic.

There’s a Problem with Dad is a family tragedy that asks what it means to be different.

When George is charged with sexually assaulting a 17-year-old girl, his inability to communicate with others pushes him, and those around him, to the limit.

Through his eyes, the reader is given a privileged view of his thoughts and reasoning and the devastating impact they have on his loved ones. Following Susan’s death, George decides to write a book about his great obsession, John Lennon – the ‘world’s greatest songwriter’ – but as the criminal case against him gathers pace, his hero’s decline starts to mirror his own, leaving, in his mind, no way back.

This pacey yet thoughtful novel is the first to explore how high functioning autism affects people of all ages, and it serves as a reminder that neurodiversity always demands empathy and consideration for voices too often left on the margins.

Carlos Alba is an award-winning journalist and author. He spent 10 years at The Sunday Times, including four as Scotland Editor, and he has also been Scottish Political Editor of The Daily Record and Education Correspondent for The Herald. He’s a winner of five national journalism awards. His debut novel Kane’s Ladder was published by Polygon in 2008 followed, in 2011, by The Songs of Manolo Escobar. His third novel, There’s a Problem with Dad, was inspired by his experience of observing, over several years, a family member with undiagnosed, high functioning autism. Carlos now works as a freelance journalist, as well as running a public relations consultancy, Carlos Alba Media, in Glasgow where he lives with his wife Hilary and three children, Molly, Michael and Carmen. 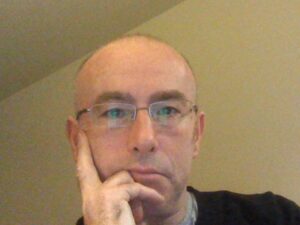