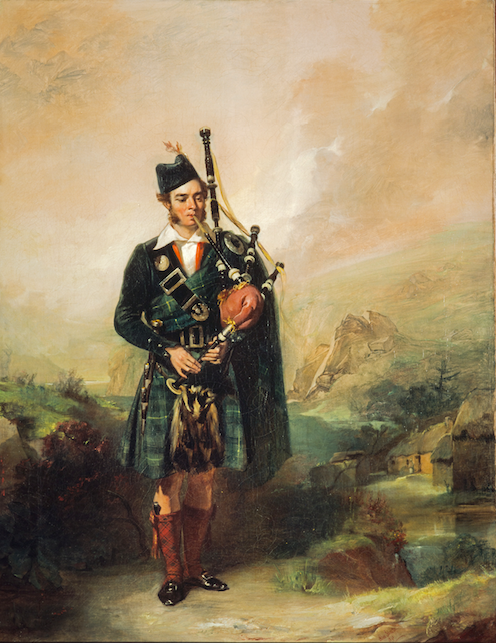 Iain MacDonald is from Saskatchewan, Canada and a descendant of South Uist MacDonalds who left on the ship Alexander in 1772. A life-long passion and pursuit of bagpiping led him back to Scotland for extended periods, and many shorter visits over the last 45 years.

A varied career has included work as an editor for an educational publishing firm, a freelance writer and editor, a communications director for an educational television company, and over 20 years running Avonlea Communications, producing websites, magazine and web advertising, brochures, annual reports and a wide variety of events. MacDonald teaches bagpipes through the Conservatory of Performing Arts, University of Regina.

MacDonald has written many articles for piping magazines and websites over the years, and his life-long interest in bagpipes and history, plus the acquisition of a very special artefact, led him to the story of Angus MacKay of Raasay.

I Piped, That She Might Dance is the story of Angus MacKay of Raasay, Piper to Queen Victoria. Despite being the most revered piper of the 19th century, and the first official Sovereign’s piper, MacKay’s life is known only in brief sketches. The book is a fictional, first-person account of the tragic life of a gifted person, who witnessed the transformation of Britain during the early years of Victoria’s reign.