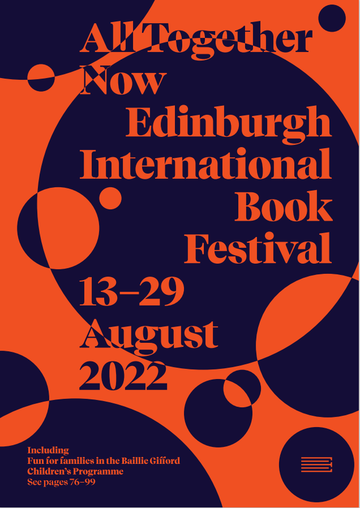 The Edinburgh International Book Festival is the most prominent international showcase that celebrates literature by bringing together local and international authors, intellectuals, and book enthusiasts every year. The Festival fosters professional dialogue, social conversation, and cultural exchange.

Ringwood Publishing has been dedicated to identifying and publishing quality works of Scottish fiction and non-fiction. We are committed to promoting Scotland’s literary heritage and offer a promising platform to its many gifted authors. Since 1997, we have had the honour to publish critically acclaimed work across genres, ranging from true crime and feminism to politics and sports.

We are proud to contribute to the 2022 Edinburgh International Book Festival with ten fantastic titles that cover important subject matters of interest to anyone who desires to discover exciting, authentic perspectives from Scotland.

Violence, alcohol, drugs, and partying become an unofficial but inescapable part of a couple’s marriage in 1968 Kincardineshire. When the wealthy husband is suddenly pronounced dead, answers are sought from the devoted wife.

A.M. Nicol’s latest true crime narrative navigates three versions of the story of Maxwell Robert Garvie’s murder. Infamously called the ‘Lady Macbeth’ of Scotland in the 60s, is Sheila Garvie the mastermind behind her husband’s death or is she a victim of his misogynistic ways?

The Practice Field by Brian McHugh

This gripping spy thriller by Brian McHugh takes its readers on a journey back in time when Europe was going through one of the deadliest events in history – the Second World War. The Practice Field delivers a unique view into the world of Irish espionage, a frequently overlooked aspect of the War, as it traces Emily Fitzpatrick and Jack Patterson as they make their way through Nazi-occupied Europe on a covert mission to bring back intelligence on the German war effort.

A sequel to the phenomenal Cuddies Strip, Rob McIntroy’s latest novel, Barossa Street, follows the same protagonist Robert Kelty, who finds himself at the forefront of another terrible murder investigation, just as he is starting to enjoy life following his resignation from the police force. Written against the backdrop of King Edward VIII’s abdication and the threat of war, the novel is much more than just a murder mystery. Taking place in Perth during the 1930s, it offers a critique of the government’s shortcomings and affords an introduction to social commentary on British society during this turbulent time.

Those Tyrannising Landlords by Seán Damer

Seán Damer tells the moving story of an Irish immigrant family that faces the battle between the old and the new after migrating from rural Ireland to industrial Glasgow in 1912.

Glasgow might have been only a boat ride away, but the world the O’Donnells discover could not be more different from the one they had known. Those Tyrannising Landlords follows the lives of the O’Donnells as they navigate early 20th century Glasgow during political change. Feminism, atheism, and Socialism are the book’s dominant themes.

A Raccoon Stole my Thunder by Alex Gordon

Alex Gordon has been one of the leading names in Scottish sports journalism for over fifty years. In this book, the author immortalises the golden era of Scottish football by bringing back old stories and sharing new ones. Hilariously written, A Raccoon Stole a Thunder is a touching tribute to sports legends over the past fifty years, many of whom Alex has had the chance to develop personal and professional relationships with. This book takes its readers on a rollercoaster of laughter and tears of joy, but, most importantly, makes Scottish football fans proud of an inspiring legacy.

Saved from the Fire by Mark Gallacher

Set across a dystopian future, this collection of stories presents technology as both a friend and an enemy to humankind. Mark Gallacher’s stories of life, resilience, and struggle in Saved From the Fire portray the complexities of negotiating with the advancement of technology, a phenomenon that has developed society and simultaneously provided the means to its downfall.

In July 1950, one of the most scandalous High Court trials in Glasgow took place. Featuring James Robertson, a religious man of the law, the case was centred around the death of an unmarried mother of two children. A.M. Nicol’s Liberation is more than a skilfully written representation of the true case. In psychologically analysing a man who devotes himself to God but disregards the value of human life, it raises questions on ethics and morality with a new urgency.

Four Scottish soldiers and one ancient treasure that could change the entire course of history.

The future of the kingdom of Scotland depends on the completion of Bishop Wishart’s last fighting move in the war between Scotland and England. In the first of her eight novels, L.A. Kristiansen explores political turbulence in Scotland in 1306.

Everyday Magic is written for all those who wish to escape the suffocating box that is everyday life. It is the story of a woman who realises that her past does not have to define her future. By going on a spiritual journey to all the places she holds dear, Carole Gunn strives to better understand herself and discover whether she is still the same person as she once was.

There’s a Problem with Dad by Carlos Alba

Through the story of George Lovelace, Carlos Alba’s There’s a Problem with Dad portrays the hardships of a person with autism. In this family tragedy, the readers are given the opportunity to peek into George’s thoughts, witness his way of reasoning, and understand the impact that he has on people around him, as he tries to prove his innocence when accused of raping a 17-year old girl.