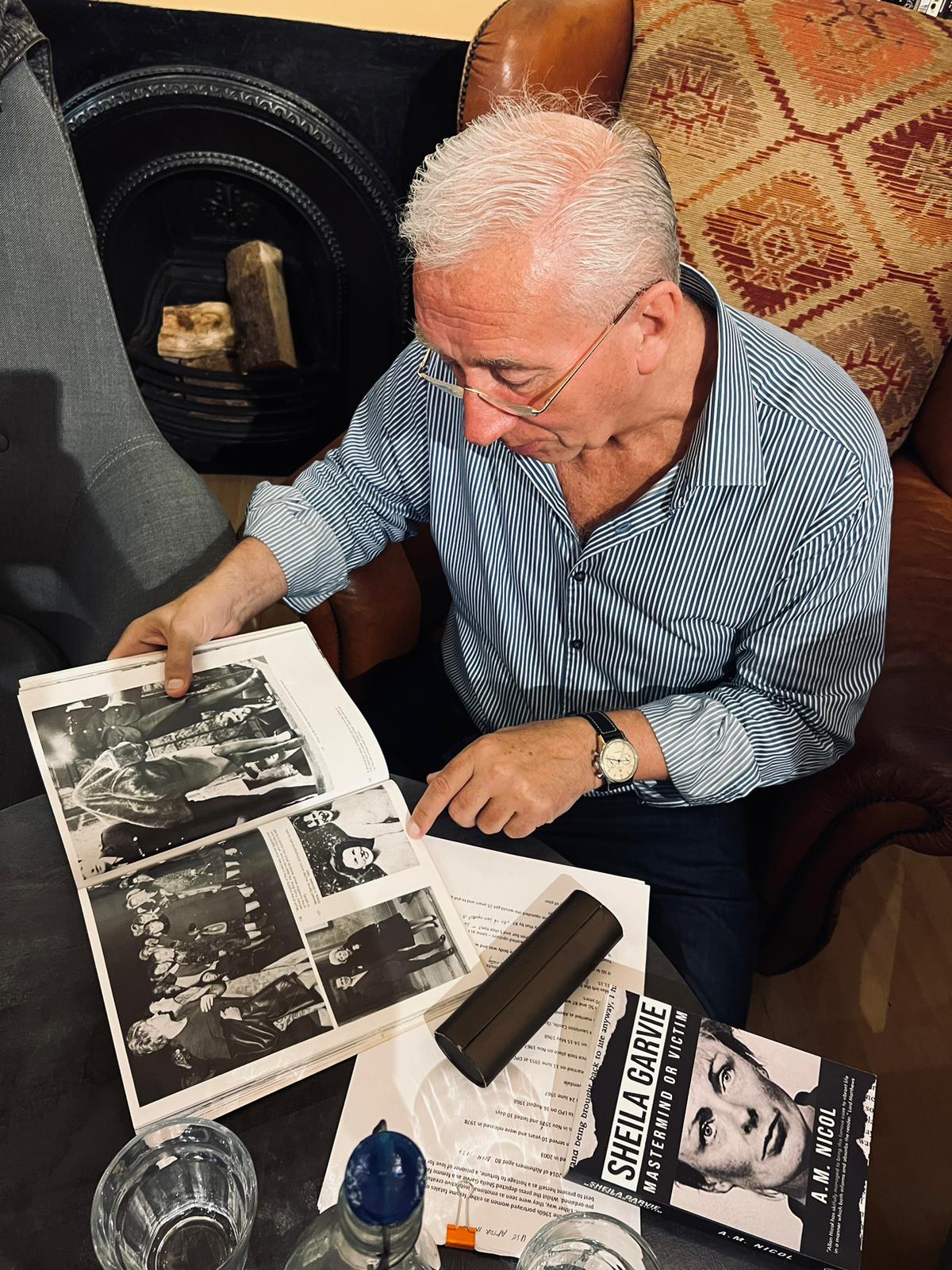 On Tuesday 20th September Ringwood held an event in Aberdeen with author A.M. Nicol, who talked about his most recent release, Sheila Garvie: Mastermind or Victim. Following a successful book launch in Glasgow in June, Ringwood decided to take the book up north to Aberdeen, where the Garvie trial took place in the High Court in November 1968. As a result of this, many locals are familiar with the case, and this was indeed one of the most rewarding aspects of the event. In the intimate, cosy atmosphere of Books and Beans, who very graciously hosted us, Allan revealed the aspects of the Sheila Garvie investigation and evidence that drew him to write about this case.

After a reading by his wife, Mirian, there was a dynamic and engaging discussion and Q&A session in which the audience, comprised of both older and younger members, challenged the author’s arguments and asked him questions about Sheila’s defence and how the trial might have been resolved differently nowadays. To the excitement of all, someone even revealed that she once met Sheila Garvie in passing. Towards the end of the event, we let the audience act as jury, as their own peers did in 1968, and vote on whether they thought Sheila was a mastermind, a victim or neither of those. The verdict was definitely more in her favour than it was in the 60s, showing how public perception might be changing over time, even if many unanswered questions remain. Finally, as Allan signed some books, the guests admired newspaper clippings from the News of the World, a publication that constitutes a primary example of how the case was sensationalised by the press.

Were you unable to make it to the event but would like to hear more? Never fear, you can still watch the whole thing on Facebook HERE.

And, of course, you can get your own copy of the book HERE.