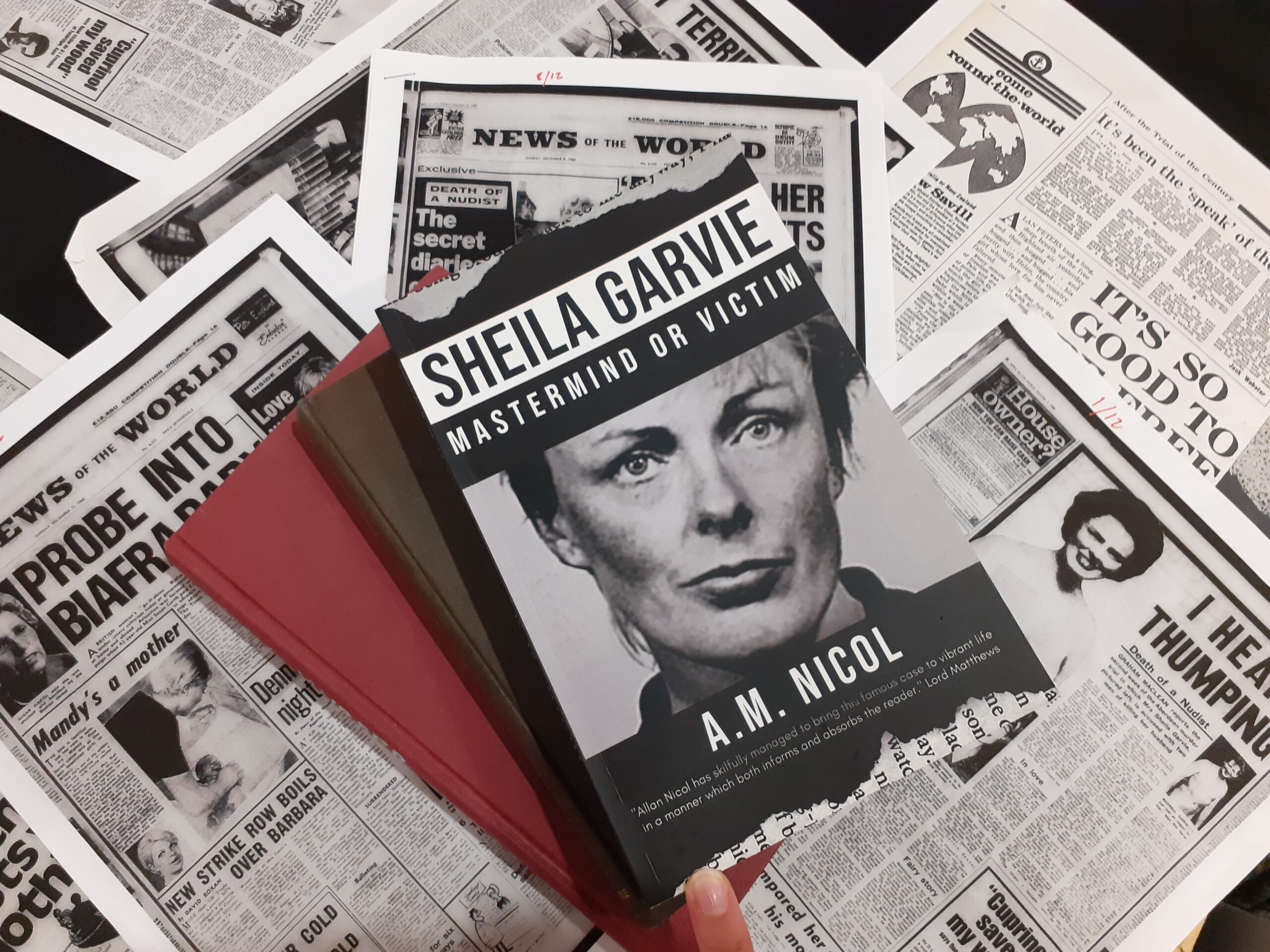 Are you an avid fan of A.M. Nicol’s work but couldn’t make it to Glasgow for the June launch of Sheila Garvie: Mastermind or Victim? Or are you a true crime enthusiast, fascinated by the scandalous 1968 case? Perhaps both of those combined?

If so, we have good news for you! Honouring the strong connection between the Sheila Garvie case and Aberdeen, Ringwood Publishing will be holding an event in collaboration with Books & Beans, who have kindly agreed to host a Q&A with the author A.M. Nicol. The event will take place on Tuesday 20th September at 7 p.m. and there will be opportunity to talk with the author, get your book signed, and even to snack on cake and have some tea or coffee.

Entry is free, so come along and bring your friends!

If this is the first time you are hearing about Sheila Garvie, here’s a little snippet of what we will be talking about:

One murder. Three versions of the story.

A gunshot ends the life of Maxwell Robert Garvie on a May night in 1968. Three people are accused of the crime: his wife, his wife’s lover and a young man whom Max had never met. They offer conflicting versions of what happened, practically the only common detail being that Max is dead.

But this story is not about Max. It is about his wife Sheila.

Sheila, more than either of her co-accused, stands as an enigma for the detectives working the case, as a wronged innocent for the lawyers hired to help her. She is branded by the media as a scandalous femme fatale, a murderous mastermind, a Lady Macbeth.

Sheila Garvie: Mastermind or Victim is a novel based on this real case that took place in Kincardineshire in 1968 and which shook the whole of Scotland. The narrative seeks to uncover, as far as it can, the truth regarding Sheila’s involvement in her husband’s death. Including flashbacks and new theories, the book suggests that appearances can be deceiving and reveals the shortcomings of a system uncaring about abuse victims. Through the point of view of several characters involved in the case, the narrative is made dynamic and gripping, and Sheila is revealed to be deeply flawed, but also deeply human.

There will be copies of the book on sale at the event, but if you would like to purchase a copy now to read beforehand you can do so HERE.

We look forward to seeing you there!