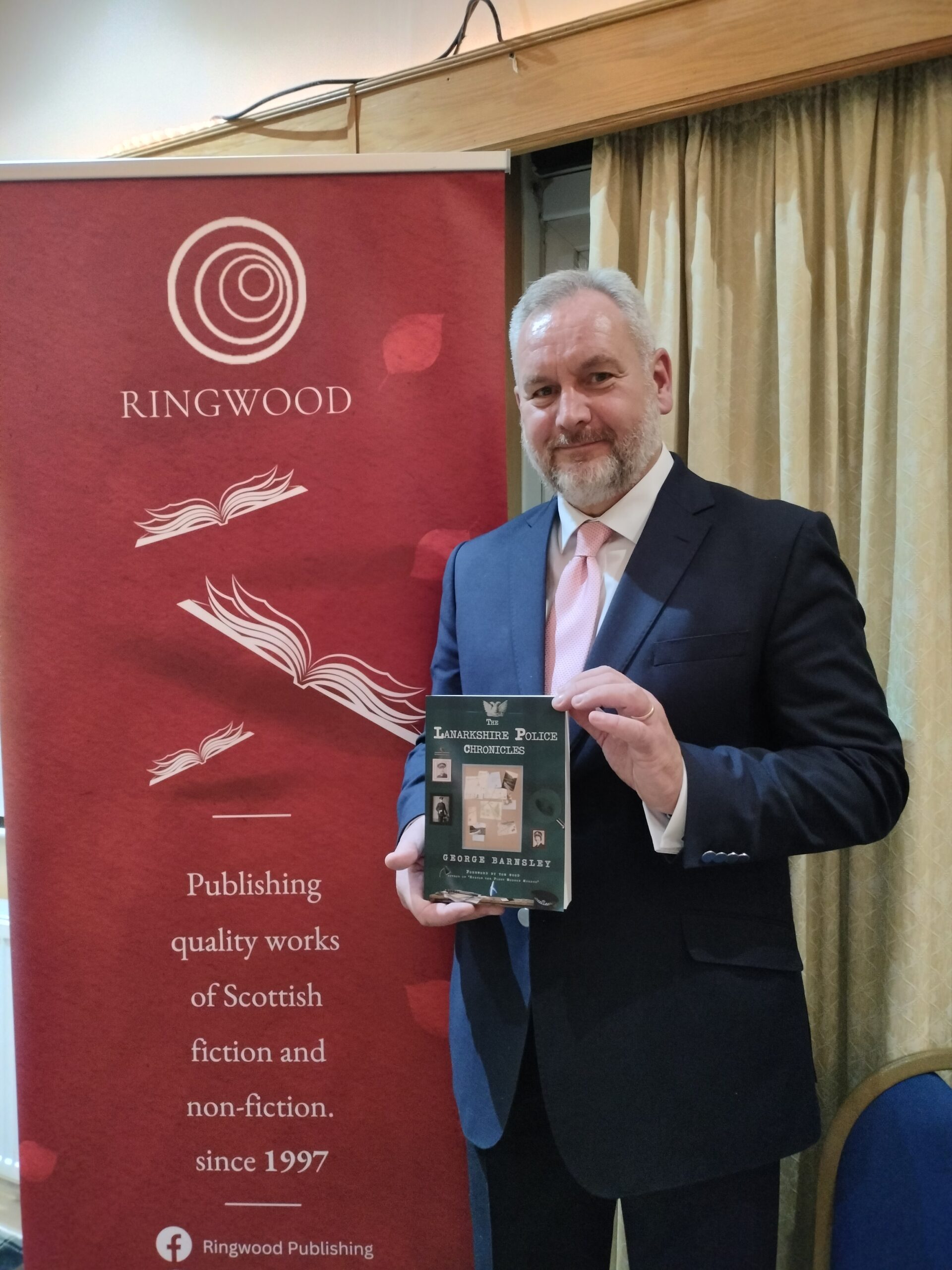 George Barnsley’s debut non-fiction, The Lanarkshire Police Chronicles, was launched at the Drumpellier Golf Club, Coatbridge on Thursday, 17 November, and the event was a great success.

The evening started with everyone present participating in a moving minute of silence for George Taylor and Ross Hunt, the two Lanarkshire policemen killed on duty, to whom the book is dedicated.

Excellent speeches were made by four of the top table.

Tom Wood, former Deputy Chief Constable and author of Ruxton The First Modern Murder and who wrote the Foreword for the book, praised George’s special contribution to preserving police heritage, particularly through his work with the Lanarkshire Police Historical Society, many of whose members turned out on the night.

Sandra Brown, a successful campaigner for justice for victims of crime, praised the book and made a fascinating link between it and her work on the Moira Anderson case.

Graham Simpson, MSP for Central Scotland, spoke about his role in helping George campaign for belated but well-deserved recognition for  George Taylor and Ross Hunt. Their bravery and ultimate sacrifice made in the line of duty on our behalf have scandalously never been recognised formally. One of George’s main motivations in writing the book, which is dedicated to these two Policemen, is to generate support for legal recognition for them and their families and also to create a new Award for all those public servants, not just the police both other emergency services who lose their lives while serving the community.

The Chief Superintendent of Lanarkshire Police Division, Steve Dolan,  praised George for his work on preserving police heritage not only in Lanarkshire but on behalf of Police services across Scotland and promised he would ensure full support from Police Scotland for this valuable book.

The author’s wife, Carol, did an entertaining reading from the book with a finely judged balance of seriousness and humour.

The formal part of the evening was rounded off with George Barnsley talking about the background of the book and his work with The Lanarkshire Police Historical Society and then answering questions from the audience about both.

The book is now available from the NonFiction part of the Bookshop on the Ringwood website for £12.99 (plus P&P). Click here to place your order!

The book has sold so well between Prepublication Orders and books bought at the launch, that is already having a second print run.

The launch was broadcast live on Facebook. if you missed it, you could watch a video of the whole event by going to the Ringwood Facebook page.