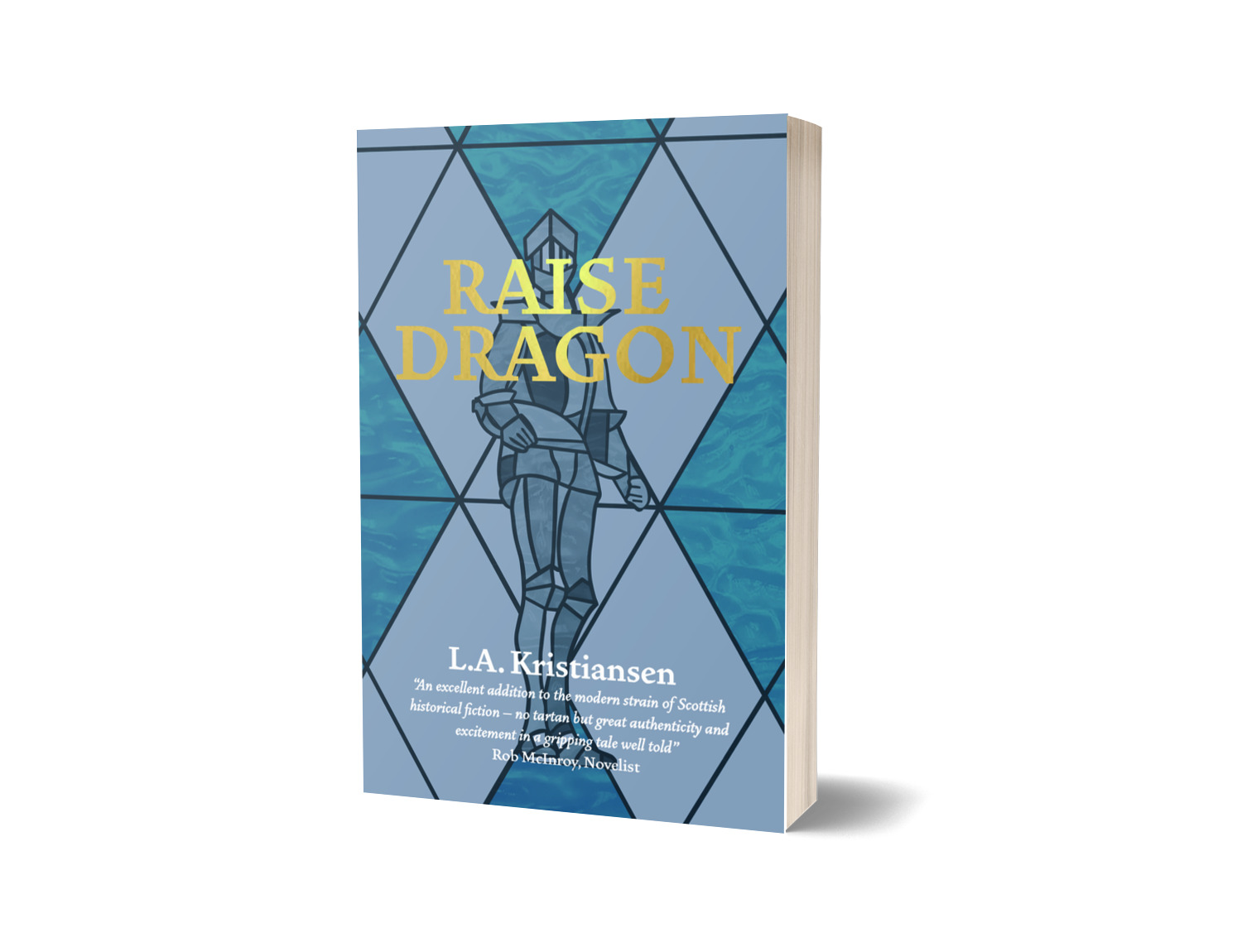 We are delighted to announce the digital launch event of L.A. Kristiansen’s Raise Dragon. The event will be held on 20th October at 7pm via Zoom Webinar and broadcasted simultaneously on the Ringwood Publishing Facebook page. It’s not one you’ll want to miss!

As the first in Kristiansen’s series of eight novels following the Wars of Independence, Raise Dragon puts Scotland at the centre of an international battle for riches and influence, encountering the English, French and Byzantine Empire along the way.

Scots may be familiar with the Wars of Independence from history textbooks, but Raise Dragon brings to life the friends and foes of Robert the Bruce like never before. In the current political climate, this story of the fight for Scottish independence is as relevant as it was 700 years ago.

Raise Dragon follows the journey of four Scottish knights in their quest to obtain a fabled treasure, bring it back to Scotland, and use it to lever support for Scottish independence from the Pope and the French King. Along the way, the knights face betrayal, ambush, and an unfortunate bout of seasickness, all in the name of their unwavering goal of freeing Scotland from the reigns of King Edward.

In this masterful reimagining, Kristiansen proves that history always has something to teach us, no matter how much we think we’ve moved on.

Make sure to pre-order your copy of Raise Dragon here now in time for the event!

Join us in celebrating the revived voices of the Scottish warriors of independence, with readings from the book, and hear from the author in a Q&A session where we will be accepting questions live. Finally, hear a panel discussion of Scottish Historical Fiction from Lynda and special guests, authors Rob McInroy (Cuddies Strip) and Flora Johnston (What You Call Free). We hope to see many of you there on 20th October at 7pm for what is sure to be a spectacular evening.

To register your interest in the event, email mail@ringwoodpublishing.com, or you can register via Eventbrite here.