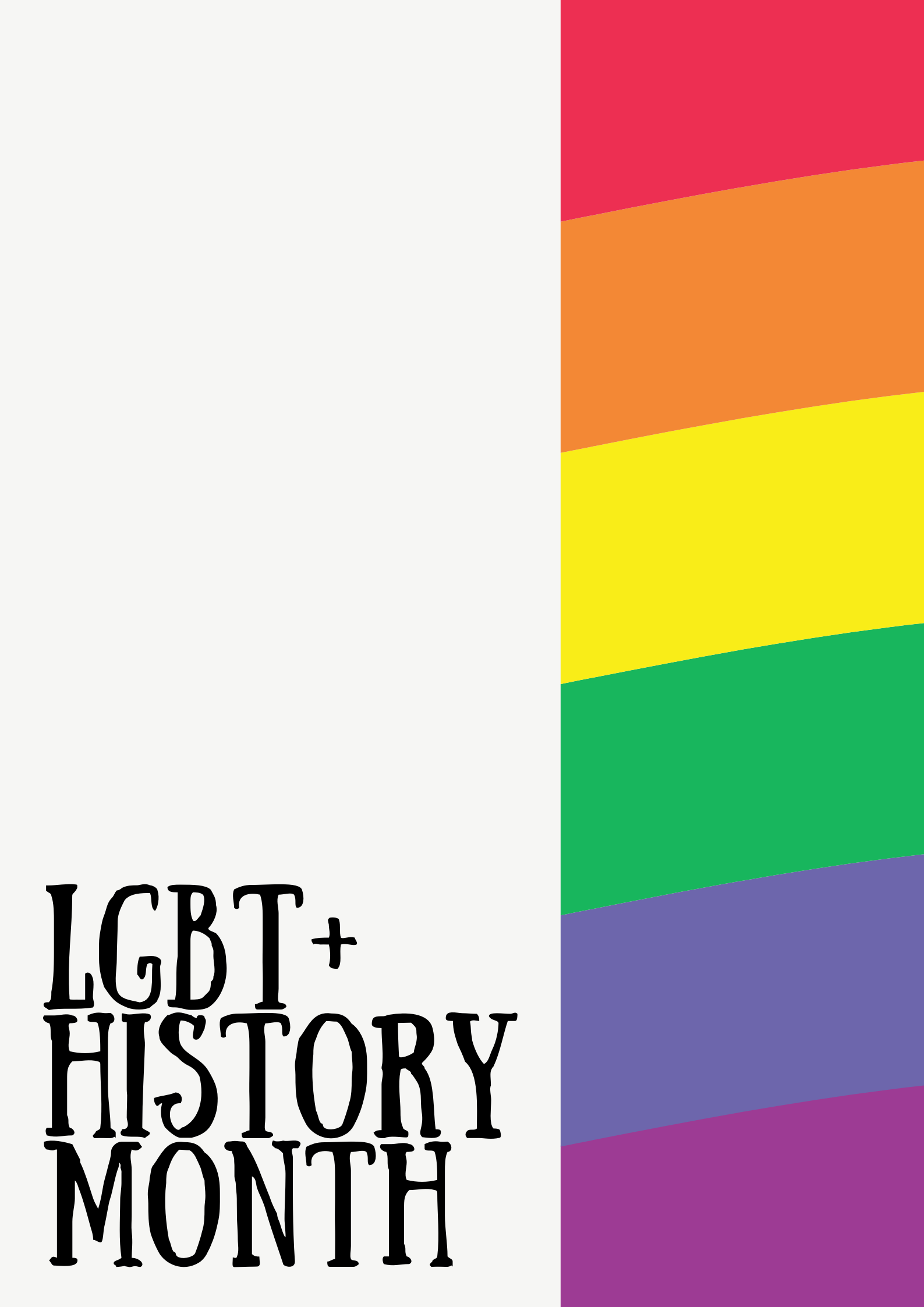 February was LGBT+ history month in the UK. This event is about increasing the visibility of the people of the LGBT+ community, raising awareness about their struggles, promoting their welfare, and working for their safety and acceptance in society. It’s about both educating about and celebrating the rich and long history of this community; the battles we’ve fought and the victories we’ve won.

Heterosexual cisgender people might be confused about this. What is this month for? Discriminating against people because of their sexual orientation or gender identity is illegal now, we have representation in the media and politics, we get a parade every year. Why do we need this month? These kinds of questions most often don’t stem from homophobia, but from ignorance. They come from a place of genuine unawareness and curiosity. That’s why I’ve decided to break down the reasons why an LGBT+ history month is needed and appreciated.

First, let’s make something clear. Homophobia is not dead, though it is less common. Any gay or lesbian person will tell you that. Prejudice and violence against the LGBT+ community still exists. Conversion therapy, the attempt to make people straight or cisgender, is legal in most countries in the world, the UK included. This is a traumatic, unregulated, and ineffective practice rooted in nothing but homophobia and transphobia. Lesbian couples have been violently assaulted in public for refusing to sexualise themselves for complete strangers. A European country is trying to ban same-sex couples from adopting children. A teenage YouTuber is being bullied and boycotted by adults because she came out. Right now, trans people in particular are the target of more vitriol from the media and legislation from the government than ever before, having their very existence denied and their right to hormone blockers taken away from them, their only way to prevent a dysphoric and traumatising puberty.

What we are seeing today, in the UK especially, is not the same kind of religiously fuelled homophobia towards gay men that we saw during the AIDS crisis, that is true. But while more and more people (though definitely not all) are starting to accept the idea of same-sex relationships not being worth less than opposite-sex ones, there are a lot of people who aren’t being accepted yet. Bisexuality, pansexuality and other orientations are still being called greedy and confused. The existence of trans and nonbinary people is denied outright. Asexuality is treated like a mental illness or something that doesn’t exist. Homophobia isn’t all we’re struggling with; now we have biphobia, transphobia, acephobia, and the list goes on.

We need this month because people are scared of the unknown, and people have negative gut reactions to things they have no information about. Diversity and representation are so important in proving to people that we are human beings that aren’t that different from you. It disproves myths and negative stereotypes and humanises people. We need this month because people claim we are a new invention. People say these identities are newly made up and it’s just a trend all teens are following. But our history is long and complicated, and we need to show people that they’re wrong. We’ve always been here. There is nothing unnatural, confusing or new about it, except for our ability to understand ourselves and live openly as ourselves in society.

Secondly, this month isn’t just for the education of straight cis people. This month is for us. Because of all the things just discussed, growing up as gay, bi, nonbinary, trans, or any other letter of the acronym, is not easy. Most LGBT+ people have been the victims of some form of bullying, discrimination, abuse, or family rejection, to some extent and at some time. Most have internalised the things they’ve been told. Being different is not, in today’s society, seen as a strength. Deviating from what’s considered normal is frowned upon, attacked, laughed at.

That’s what the community is for. It exists because we’ve been rejected from the rest of society, because we share something in common and have come together to support ourselves. It gives us a sense of belonging, it reminds us that we’re not alone and there’s nothing wrong with us. When families and friends don’t understand, we have a second family. A family that accepts us, a family that supports us in our struggles, a family that helps us figure out who we are.

We need this month because not everyone has access to this community. Many will still feel this loneliness, this sense of being other, because they live in a community that isn’t accepting. They don’t know any other LGBT+ people, they can’t attend the events or venues for many different reasons. We need this month because these people also deserve to be reminded that there is a larger community out there. They need to see all the ones who came before us, who have always existed, who will continue to exist. It is a reminder that they are not alone, that they are not wrong.

That’s what LGBT+ history month is all about. But even though it’s now over, it’s never too late to educate yourself. Whether you’re a straight cis person who wasn’t aware of these ongoing struggles, or maybe you’re confused about all the new identity labels and pronouns, or you’re someone from the community who’s been feeling alone, pick up a book. Watch a documentary. Listen to a podcast. Take a moment to learn about the long, long way we’ve come. And don’t forget that we still have work to do, but always remember that we’ll get there.