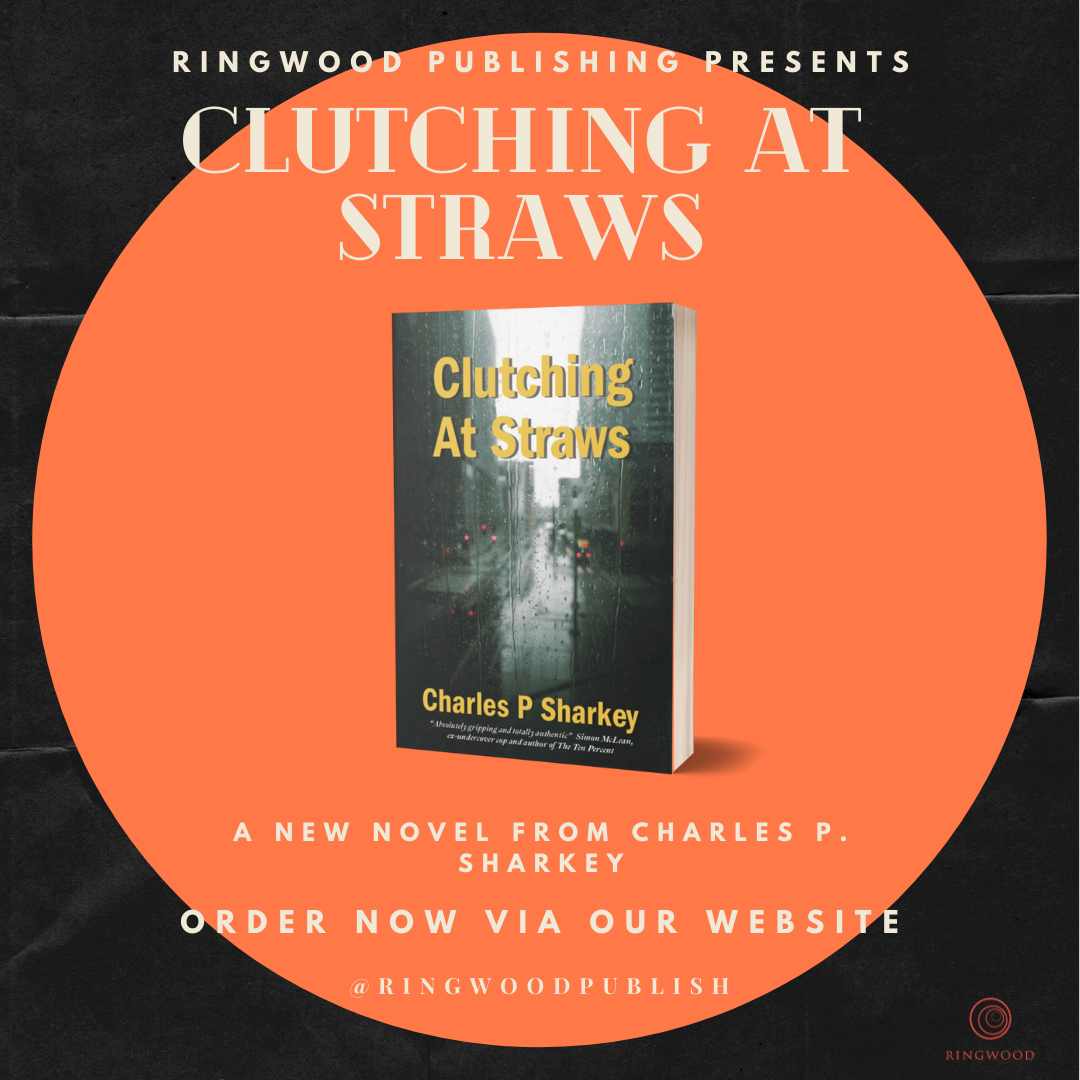 The first printed copies of Charles P. Sharkey’s new Glaswegian crime novel, Clutching At Straws, have officially arrived and the rain-drizzled, noirish cover has come out beautifully! Those awaiting pre-orders will be able to receive their signed copies soon, but copies can still be ordered here.

Clutching At Straws is a gritty and realistic dive into Glasgow’s criminal underworld informed by Charlie’s 25 years as a criminal lawyer. The novel follows Inspector Frank Dorsey and his partner DC George Mitchell as they investigate a dead body they believe to be linked to the Moffats, one of the most notorious crime families in Glasgow. However, as they begin to delve further into the case, it becomes apparent that they have a complex web of connected mysteries and murders to make sense of, involving old and new figures of Glasgow’s criminal underworld. Furthermore, it appears some of the victims had been sent a cryptic anonymous text message days before their death that warns of divine punishment for the criminals of the city.

Also, keep an eye out for news about the upcoming launch party, likely held at Sweeney’s On The Park.