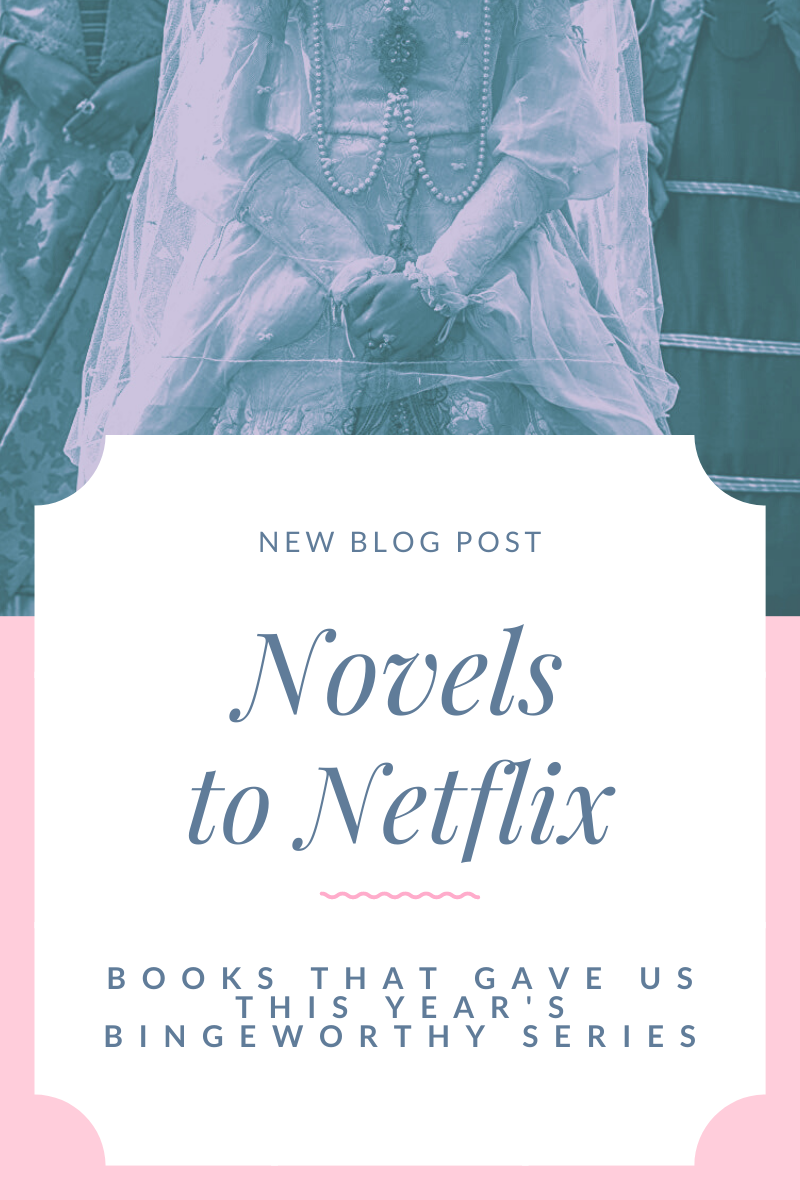 The winter lockdown has seen an unparalleled rise in the online streaming of miniseries. Most recently, Netflix’s Bridgerton topped the viewing charts – it was predicted to have been viewed by a whopping 63 million households. No-one can judge our binging habits during this year of staying home and new telly has supplied us with much needed in house entertainment, so this week we’ll be looking at and paying gratitude to the books that gave us two of this year’s most popular miniseries and exploring how they’ve been adapted for the small-screen.

The basis of Netflix’s series released in October 2020 by the same name rivalled Bridgerton’s views, coming in at 62 million households. Written by American novelist Walter Tevis, the plot line of the series follows the book pretty accurately; a bildungsroman/coming of age story following the life of a prodigal female chess player, Beth Harmon, exploring themes such as addiction, sex and celebrating female intelligence along the way. Although the character of Beth is fictional many people believe she based on a female version of Bobby Fischer, a professional player who won the real-life World Chess Championship in 1972. Tevis was a great admirer of Fischer, describing him as ‘the finest chess player who ever lived’ and wanted to combine the talent of Fischer with a celebration of female intelligence; resulting in Beth Harmon.

Interestingly, before the 2020 Netflix adaptation the book was attempted to be adapted many times, albeit unsuccessfully. One of these attempts was in 2007 when Scott Frank (who wrote and directed the 2020 series) was working with Heath Ledger on the adaptation, which would’ve been Ledger’s directorial debut before his death in 2008. Unfortunately, Tevis himself passed away just a year after the publication of the book in 1984 so we’ll never know his own thoughts on the adaptation. However, we know from a 1983 interview that he was a keen supporter of seeing his work being adapted and was fascinated to see how they’d do it.

The most controversial disparity between the book and the film in this case has to be the casting of the Beth Harmon, portrayed in the series by Anya Taylor Joy. In the book Beth’s unattractiveness is remarked upon on multiple occasions by herself and those around her. In contrast, Anya Taylor Joy is unmistakably beautiful, having been scouted outside a Harrods department store when she was sixteen and enjoying a successful modelling career prior to her move to acting.  Sarah Miller’s article in the New Yorker sees this discrepancy as unforgivable, “Allow me to shout from my lone perch at its summit that Beth Harmon is not pretty, and there is no story that can be told if she is.” Whichever way you see it, the series has been deemed one of the best miniseries of recent years (and it might be hard to argue with 62 million households).

Netflix’s last-minute series released on Christmas Day 2020 is based off the first of Quinn’s novel sequence, consisting of eight books following the love-lives of each of the eight children of the late Viscount Bridgerton. Quinn apparently wasn’t looking to sell the rights to the book; her agent was approached by Shonda Rhimes (producer of the series) unexpectedly, but it seems she left the screenwriters to do their thing quite unsupervised (although the series does follow the book’s storyline pretty accurately). Interestingly, Quinn presumed no one would ever want to adapt her work due to the way historical romance as a genre is often looked down upon. In an interview with the Guardian, she said; “We’re the ugly stepchild of the publishing industry – even though romance novels make so much money for publishers that they’re able to take chances on poetry, literary fiction and other things that don’t really make money.”

The biggest disparity between the book and the series seems to be the element of race, as Quinn’s all white characters on the page are portrayed by a racially diverse cast on the small-screen. The show has been both praised and criticised for this interpretation, some, like Carolyn Hinds, believe that it is ‘disingenuous’ to say that race can be an irrelevant factor, “the problem in Bridgerton comes when the characters’ race is practically ignored for almost the entire show, except for a few vague references in their dialogue—using words like “us” and “them.” But Quinn herself supported the decision, “[at first] I was fearful – if you do that, are you denying real things that happened? But you know what? This is already romantic fantasy, and I think it’s more important to show that as many people as possible deserve this type of happiness and dignity. So I think they made the absolutely right choice, bringing in all this inclusivity.”

So, there you have it! Love or hate them, with the rise of miniseries popularity comes the rise of book adaptations for the small-screen, so remember to pay tribute to the authors and storytellers that started it all on paper.