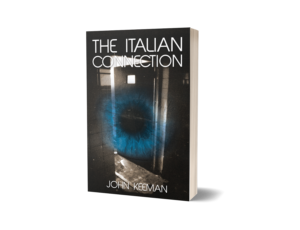 George Giles wakes up, disorientated, in a hospital bed in London in 2000. “My last memory was of walking down a sandy road in an Italian village along with three other soldiers…”
In George Giles’ mind, he is a twenty-seven year old soldier preparing to return home after Germany’s surrender during World War II. But his body tells a different story; he is the serial killer Peter Hunter, who until recently was detained at Broadmoor for the criminally insane. Unlike Hunter, George has never killed, nor does he know of the 21st Century.
Faced with a London much changed from his memories, George seeks answers from the past and tries to uncover how he is connected to Hunter. His search for the truth takes him to Glasgow where the true connection begins to emerge.

“This book is a beguiling tale, which challenges normal assumptions about time, place and identity, as well as being an adventure story of high quality.”