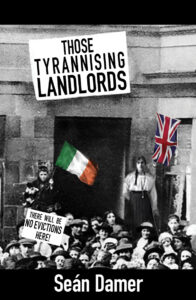 After yet another notice of increased rent, the O’Donnell family leaves the bogs of rural Ireland for
the sooty tenements and shipyard din of industrial Glasgow in 1912. Peggy is the only daughter of the
O’Donnell family, struggling alongside her brothers and her parents for any employment that will take
on an Irish Catholic immigrant.

The O’Donnells become embroiled in a world that, while only a boat ride away, could not be further
from the traditions of the old country. While Peggy finds new allies in her employers, two passionate
feminist sisters and their socialist brother, Archie, the blood ties of her family strain under the tug of
war between the new and the traditional. Supported by her newfound friends, Peggy pursues her
dream of teaching through the lessons she herself learns in her new life in Glasgow.
From the foundation of socialist trade unions, the uproar of political dissent and the harrowing battle
for the emancipation of women, Glasgow’s rich history is woven around this Irish immigrant family.

The early 20th century was a time of tempestuous change in the city. The first-generation Irish family
will need to ride the waves of socialism, atheism, and feminism to survive in this new world.

Now retired, Dr. Seán Damer was an academic sociologist for over 30 years, latterly a Senior
Research Fellow in the University of Glasgow. He is passionately interested in the urban history of
Glasgow and has authored numerous scholarly articles and books such as Glasgow: Going for a Song
and Scheming: A History of Glasgow Council Housing 1919-1956. His interest in the Irish Connection
stems from his own extensive research into the social history of the city, and the rich oral history of
his own family.

Those Tyrannising Landlords is now available to order for £9.99 plus P&P. Order Now by pressing the Pay button below.